What a year it’s been. Between the pandemic, political division, and civil unrest, I’m surely not the only one who’s been wondering where the world is headed. Despite all this, I remain hopeful, as do my colleagues at VELO3D. The past twelve months, though challenging, will surely serve to make us stronger and more united as a people.

I’m new at VELO3D and I’m thrilled to be here. So is Bill McCombe, who just came on board as our CFO. We’re both excited to be part of such a dynamic industry and are especially proud of our employer’s successes over the past six years. We look forward to making our own contributions to that success in the future.

Despite the past year’s turmoil—and in part because of it—2020 provided real-world evidence of the value of additive manufacturing, or AM.

The ability to quickly produce critical PPE, fixtures, tooling, and equipment components surely saved lives. It feels nice to be a part of that. At the same time, metal AM in particular continues to greatly expand its capabilities and market reach, quickly evolving into a mainstream manufacturing process.

It was also a good year for VELO3D. Early on, we raised $28 million in a Series D funding round. The industrial gas manufacturer Taiyo Nippon Sanso and venture capital firm Piva joined our existing group of investors—Bessemer Venture Partners, Playground, and Khosla Ventures, bringing our total funding to $138 million by April. In addition, we expanded our investor base with $12M from our first two strategic investors, bringing our total funding thus far to $150M. In addition, a large aerospace manufacturer awarded VELO3D with a $20M order earlier in the year, our biggest to date. And just recently, one of our customers successfully launched into space using a VELO3D enabled rocket engine putting our parts in orbit. Because of these wins, we fully expect to reach our goal of sustainable profitability by mid-2022.

Our technology has advanced as well. Shortly after the funding round, we announced plans to deliver a next-generation Sapphire industrial 3D metal printer with a vertical axis of one meter, an industry first for a commercial printer. Precision tool and component manufacturer Knust-Godwin jumped on the opportunity by placing the first order, intending to use it for an oil and gas component that currently requires five machining processes.

This machine—the 1MZ—isn’t the only new family member. There’s also our Sapphire XC, an “Extra Capacity” large-format printer that will increase throughput by 5X and reduce cost-per-part by up to 75% compared to the existing Sapphire system. And we’re busy working on Sapphire Gen 2, a software and hardware upgrade for existing customers that’s expected to boost productivity by up to 50% while significantly reducing part costs. Look for that next spring.

We’ve also been using that capital to expand our material capabilities. For example, our Sapphire® metal 3D printing system can now produce parts from Aluminum F357, an alloy similar to a widely used casting alloy, A356. As a result, our customers can quickly print components that once required expensive tooling and took months to deliver. A similar story can be told about our addition of Hastelloy® X, a high-strength, nickel-based alloy commonly used in gas turbine engines. This was music to the ears of Roger Smith, the CEO of power-generation pioneer Sierra Turbines, who is using the material to develop more heat-resistant, lower maintenance, and higher-performing gas microturbines.

Record sales orders and additional venture capital are fantastic, but so are partnerships. Here again, it was a banner year. Honeywell Aerospace, a company with extensive knowledge across various 3D printing platforms and applications, agreed to work with us in qualifying our Sapphire system as a viable solution for the production of aircraft components. We also collaborated with Boom Supersonic on the development of nearly two dozen flight hardware components for its game-changing XB-1 aircraft. Both of these companies leveraged VELO3D‘s ability to print “support free” part layers in titanium, Inconel, and other challenging superalloys.   Similarly, Duncan Machine Products, a woman-owned supplier to the aerospace and oil and gas industries, has invested in Sapphire technology for the 3D printing of 1,500 downhole tools for the oilfield, with the potential to print 10 times that number over the next two years. As we’ve seen in countless other instances, this illustrates the fact that metal 3D printing is no longer a “prototype only” technology.

Founder & CEO Benny Buller’s roots in the semiconductor industry came full circle when VELO3D recently struck a joint development agreement with Lam Research Corporation. The well-known semiconductor equipment manufacturer intends to use our technology to greatly increase the volume and kinds of AM-produced parts used in its machinery over the next five years.   Finally, VELO3D has announced this month the formation of a U.S.-wide distribution partnership with technology firm GoEngineer.

We know that they will provide excellent sales and customer service support for our Flow™ pre-print software, Assure™ quality assurance, and control system, and our newly expanded line of Sapphire printers.   Space travel, supersonic flight, high-performance drones, clean power plants – have all adopted VELO3D technology to power their next wave of innovation. As I said, it’s been quite a year.

All of us here at VELO3D offer best wishes to our friends, families, customers, and to the additive manufacturing community in general. We look forward to working with you in 2021 and beyond as we continue to position our young company as an industry leader, one that provides the highest level of technology, support, and service possible to help engineers build what they want without the constraints of yesterday’s standards. 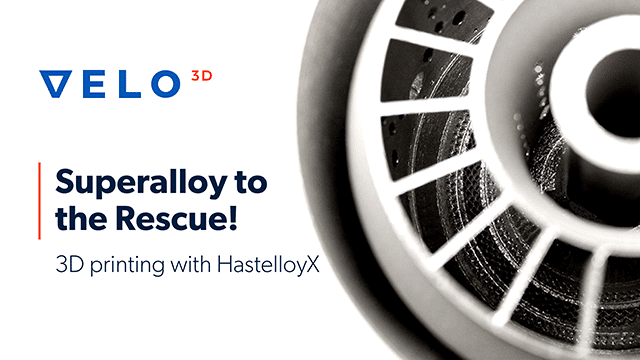 Superalloy to the Rescue!

Properly handled, 3D-printed HastX provides many unrivaled benefits that are just begging for the design... 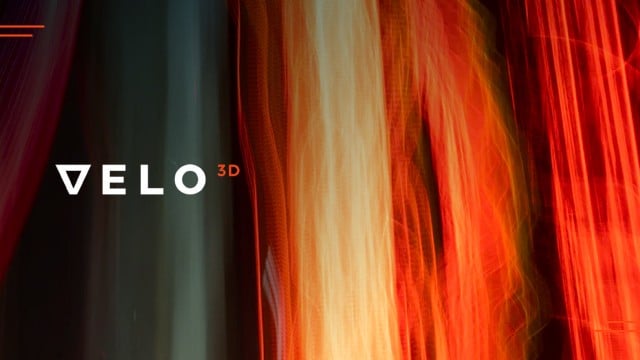 Turning Up the Heat on Heat Exchanger Manufacturing

Next-gen metal additive manufacturing does away with outmoded brazing methods and opens the door to optimized,... 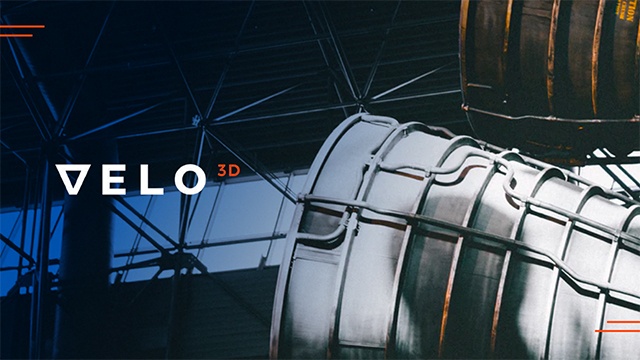