At Velo3D, our mission has always been to help the innovators of today build the parts they need without making compromises to design or quality. But that wouldn’t be possible without the truly amazing people working behind the scenes.

I had the pleasure of sitting down with Gene to talk about his engineering background, what makes Velo3D different from other additive manufacturing companies, and more.

Hi Gene, please tell us a little bit about yourself.

Yes, so I was Senior Applications Engineer until recently, where I moved over to the tech sales team and am now a Technical Sales Engineer.

I started at the company as a process engineer where I worked on developing the unique laser processes that we use to print our parts. Back when I started, we were in our infancy; we were just printing small little pieces of metal using experimental laser processes. Over time, we found the ones that worked and printed material well. Then we took those laser process and put it into our printing recipe that is now embedded in our Flow™ software.

In those early stages, nothing was generalized. Now we’ve worked very hard to take all those laser commands, and very specific processes, and put that into our Flow™ software. That was the next step in my journey at Velo3D when I moved to the applications team.

Instead of doing process development, figuring out how we want to, you know, fire the laser, or what speed we want to make the laser move, we were now talking about let’s print a real part, let’s print something that’s useful.

How long have you been at Velo3D and what brought you to the company?

It’ll be five years in September.

Were you working in additive manufacturing before Velo3D?

No, I worked as a foundry tooling engineer, which involved a lot of metallurgy and tooling design. I did a lot of troubleshooting for green sand mold casting process where we poured ductile iron and made castings for fire protection systems.

Tell us about your journey into that field

Yeah, so I went to college for mechanical engineering at Colorado State in Fort Collins, Colorado. When I graduated, I got a job working with my father at a company, which is headquartered in eastern Pennsylvania. I moved around from process engineering then down to the foundry where I worked for most of my time there.

How was working with your father right out of college?

Moving forward, I’m going to be in more of a customer-facing role, where I can engage with customers and educate them on what makes Velo3D special. I’m helping people understand why we’re so revolutionary, what we’re doing that’s so different, and where we’re improving upon the shortcomings of other systems. All the education that I had, of going through and living that process engineering and applications engineering, is helping me with that.

What in your opinion differentiates Velo3D from other additive manufacturing solutions?

There’s the technological value for sure. But perhaps more important is the support value. We are a true technological differentiator in the market in that we can print things that other people can’t. We are tracking our tool metrics, and we’re able to prove that our parts are quality parts when they’re done printing, which isn’t always the case with other metal AM systems.

“We are a true technological differentiator in the market in that we can print things that other people can’t.”

One thing that I think gets overlooked a lot is that we’re a game-changer when it comes to customer support. Most systems or most manufacturers will sell you a machine, they’ll teach you how to run it, hand you the keys and be like “don’t wreck, good luck”.  We don’t do that. We provide a lot more support and are engaged with our customers.

“Most systems or most manufacturers will sell you a machine, they’ll teach you how to run it, hand you the keys and be like “don’t wreck, good luck”.  We don’t do that. We provide a lot more support and are engaged with our customers.”

For example, every week, we have update meetings. If there’s a problem, we get on it right away, and I think that is the true value for our customers. Because at the end of the day, we want them to be successful. If they win, we win. I think that’s something that’s commonly overlooked, especially by our competitors who are kind of annoyed with how well we’re doing.

Is there really that big of a gap in customer service between Velo3D and other AM manufacturers?

Absolutely. A lot of my customers—who are now friends of mine that I’ve kept in touch with over the years—have a lot of experience with other metal additive platforms. There seems to be a lot of disappointment across the board with customer support and the process development side of things.

Would you elaborate on what you mean by that?

Say you bought another company’s AM system. The machine would come with everything you need to run it; it would come with a baseline set of parameters that could print material, but that’s it. What happens a lot is a contract manufacturer would say, “Hey, I want to print faster”.

So, they do material development and maybe want to bump up the laser power to increase throughput, all while still printing good material. But that takes time and effort. And you know, it’s also difficult to qualify that process.

Say you’re trying to sell a part to NASA, they don’t want a random process that’s not qualified. By [Velo3D] holding the keys and doing our own process development, and delivering that to the customer, it saves them time and effort. It also gives them a guaranteed process that is qualified by fellow engineers.

“By [Velo3D] holding the keys and doing our own process development, and delivering that to the customer, it saves them time and effort. It also gives them a guaranteed process that is qualified by fellow engineers.”

What has been your favorite project that you’ve worked on since joining Velo3D?

The coolest part that I ever printed was a fuel tank. It was a titanium fuel tank for a satellite. I don’t know what the satellite was, they wouldn’t even tell me. But it was for an aerospace manufacturer. And it was a part that was originally designed to be machined out of a block of titanium. And it was just a nightmare for them to machine. They tried printing it on another printer, and the amount of [support material] that they needed to get it to print properly was a nightmare to remove.

We put it on a [Velo3D] system and I went through and smoothed things out and reoriented things on the [build plate] so that they would print favorably, and we printed it with probably 25% of the support material compared to the other system. It was beautiful.

Switching gears, what motivates you to come to work in the morning?

I probably would have given you a different answer five years ago. I would have said pouring metal into molds and watching liquid metal glow and making parts and solving problems. And I still love that, don’t get me wrong, but when I came [to Velo3D] it’s now more about the people.

I really see my co-workers as my friends. I wake up every day to work with them, to interact with them, and we rely on each other. There’s a sense of camaraderie at the company that drives me more so than just the typical “I’m an engineer and I like solving problems” kind of thing.

What hobbies do you have outside of work?

I love mountain biking. I love hiking and camping—and skiing is huge on my list. I really think having things like that is important for people right now, especially with how things are right now with COVID and working from home.

Oh, boy. I love chess! I don’t really play a lot of chess, because I don’t think there’s a lot of other folks out there that play chess, but I think it’s one of those things that there’s more people that like to play than admit to it. I have a chess board that I want to print on a Sapphire® printer, but there’s just no print time right now! Maybe somebody will read this and be like, “Hey, we should print a chessboard!” 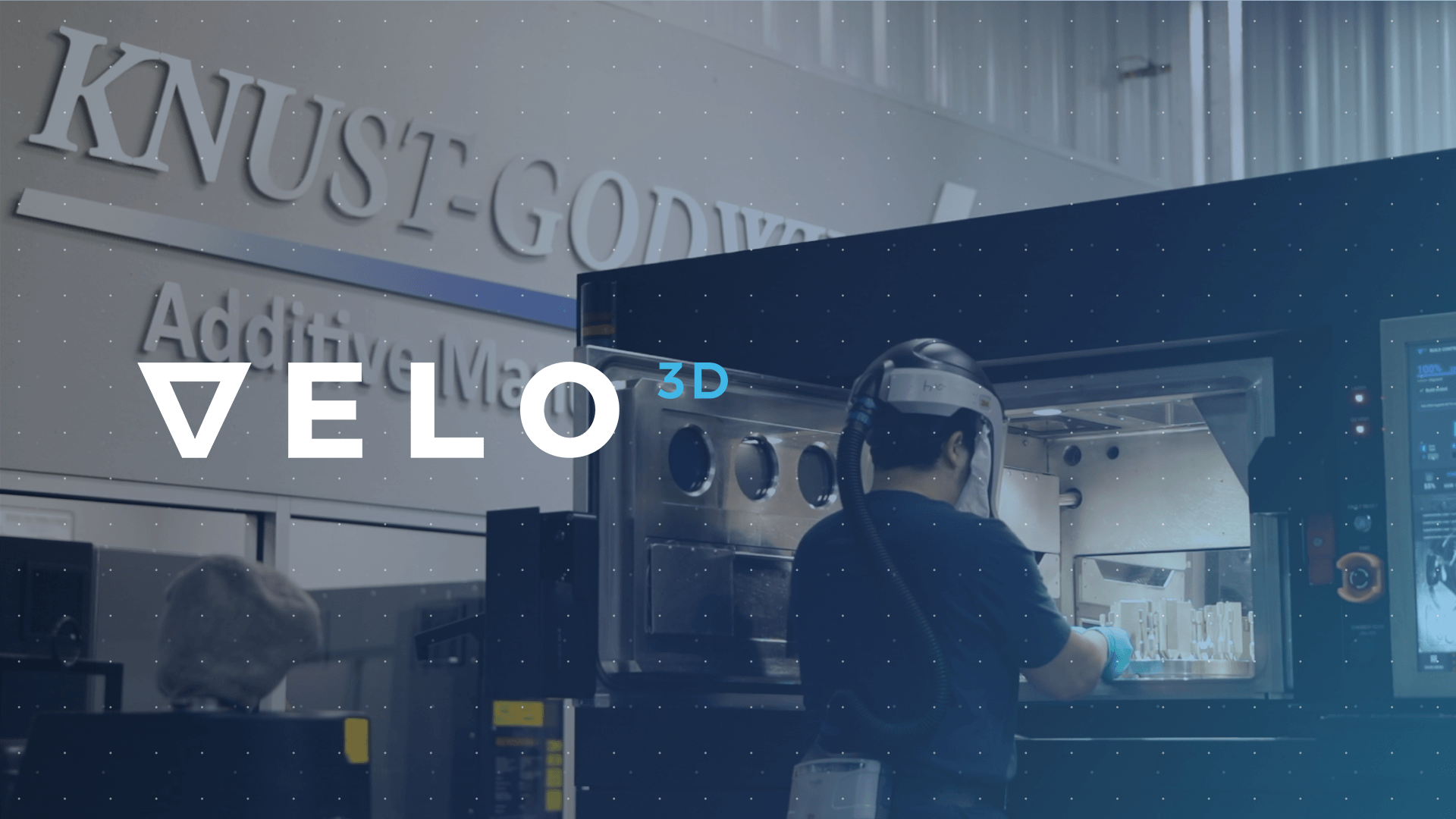 Going Beyond Limitations with Velo3D (Video) 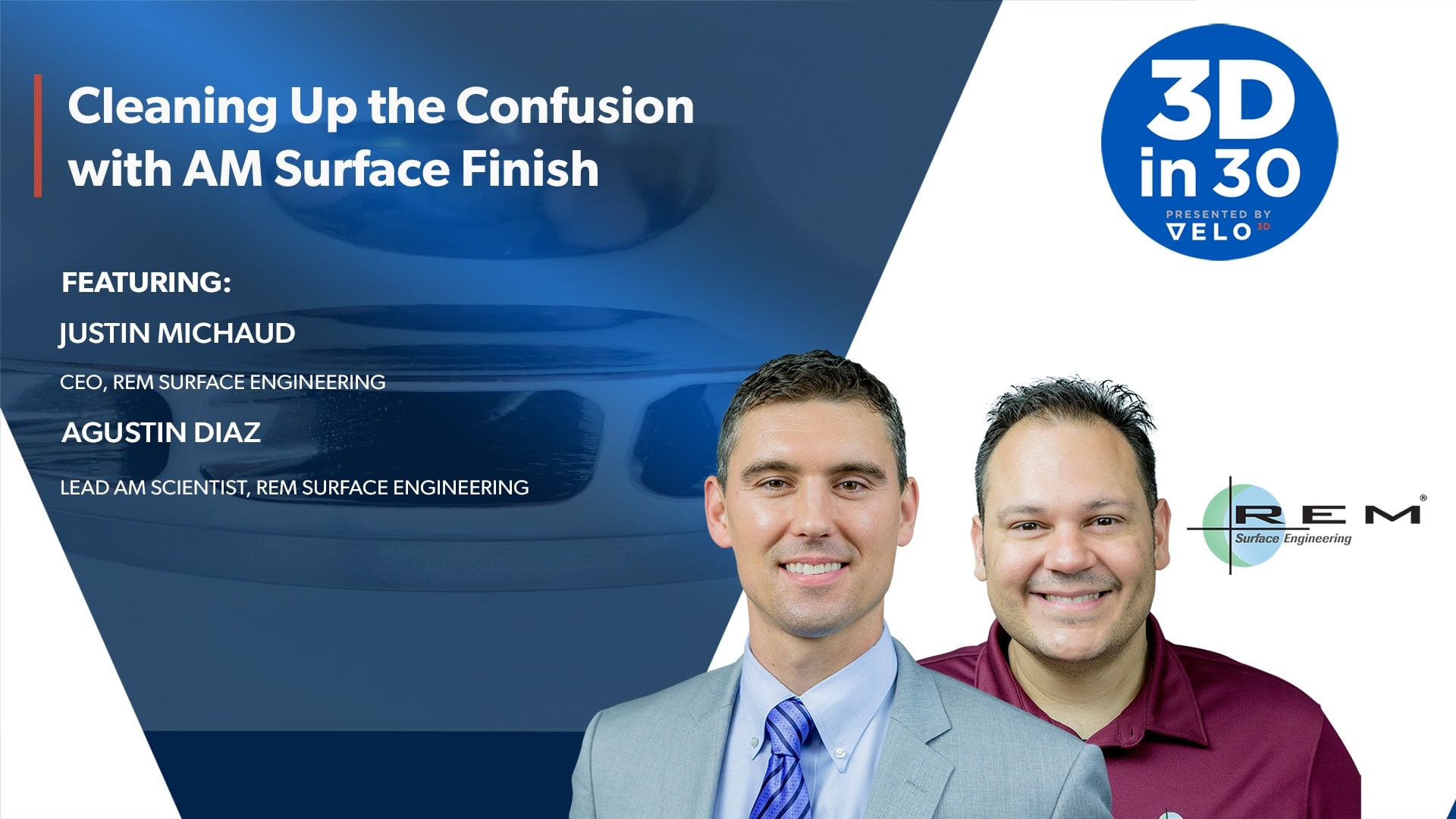 3Din30 Episode 8: Cleaning Up the Confusion with AM Surface Finish

What's the correlation between surface finish & fatigue life? Find out in our latest 3Din30: Clearing Up the... 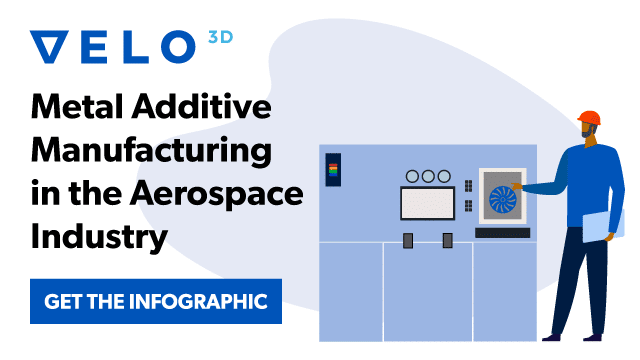 Learn how legacy additive manufacturing technologies have failed to address the unique needs of the aerospace...